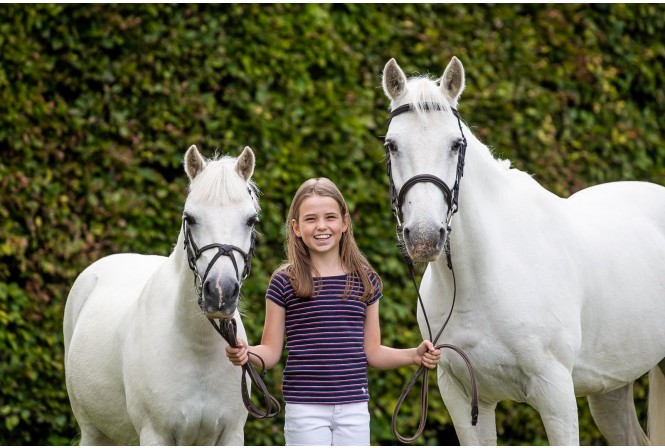 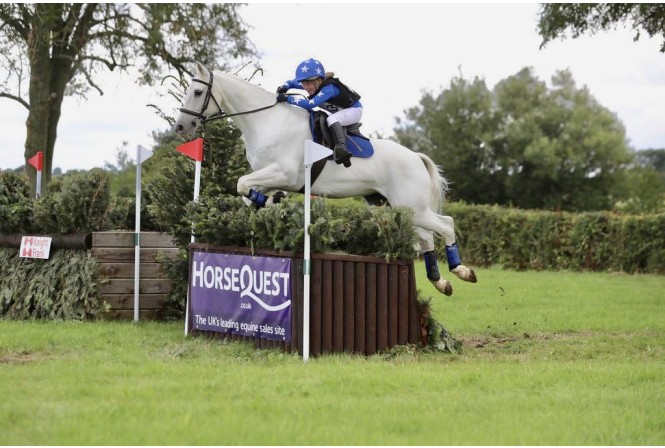 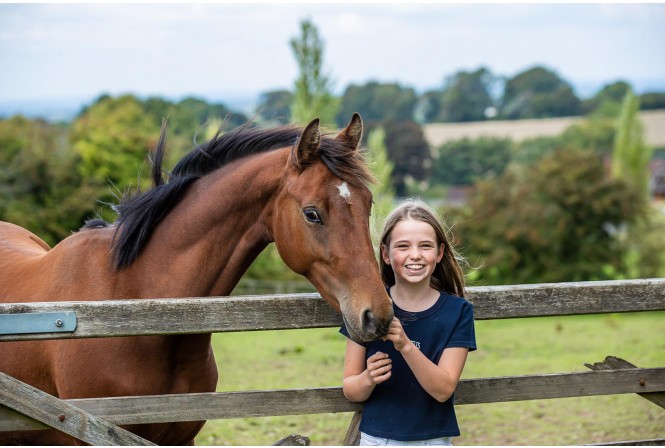 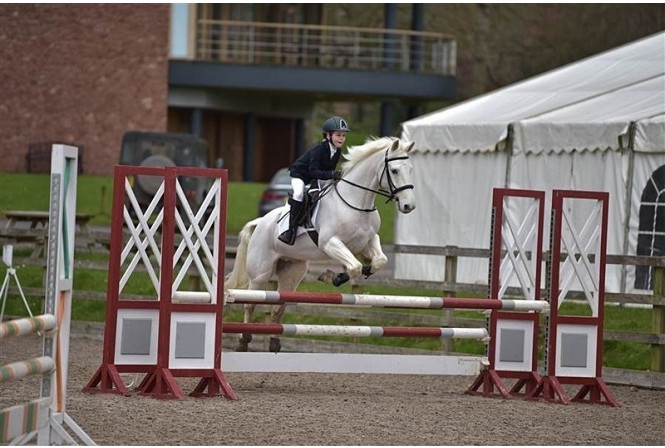 Niamh is 12 years old and has been riding since before she could walk. Her first rides were in a basket on top of a little strawberry roan pony called Finnegan and she joined the pony club when she was just 3 as their youngest ever member. She moved onto her brother’s Dartmoor pony, Comet, before her beloved Shetland pony Whizzy who was her first ride going off the lead rein. He was called Whizzy but you had to kick a LOT to get him going!! He was a brilliant first pony because he could be hacked safely and this started Niamh’s great love of riding. Her sister, Isla (@crossxpole) had a matching Shetland called Archie and they spent many happy hours ‘jumping’ over twigs and poles together. Then came the magical Minnie! A superstar 12.2h dark bay pony that took her from poles to 80cm area show jumping. She was the first pony Niamh galloped and was so sweet and kind. They were an amazing team and Niamh learnt so much. Next came the legendary Prince who came from the amazing Gracie Tyte (@pony_nuts). The day she tried him was the hottest day of the year. It was too hot to do very much at all but it was clear to everyone they had an immediate bond. Within a few weeks they were out at their first one day event at the Area 13 mini championships and won! Niamh was so tiny on Prince and only 10 at the time. He looked after her so well and that was the day she decided on Eventing as her chosen discipline. Niamh has her sights set on Pony Trials and Badminton Grassroots and has since got a 2 year old she will be helping to back this year when she turns 3. Zippy is a Sports Pony out of the stallion Littledale Bright Star and she has the sweetest temperament. Last year we said a fond farewell to the incredible Tintin (#berostintagel) who she had on loan for a year. He was the most fun and speedy jumping pony and is greatly missed but he is now with another lucky little girl doing what he does best - showing how much fun it is jumping ponies!

This will be Niamh’s first full season focussing on eventing Prince. She is hoping to compete at as many BE 90 events as possible but will also be competing for her school in the Horse Events 90cm Schools Equestrian Games and the NSEA show jumping, arena eventing, dressage and eventing. The BE calendar has been published and the first outing will hopefully be to her favourite Tweseldown for the BE90. Closely followed by Moreton and Munstead. Niamh is an active member of the Pony Club too so will be at camp and as many area qualifiers as possible. Going to represent her Area at the Pony Club Championships is a goal that is high on her list, along with going again to the NSEA Hickstead National Schools Championships which her team won at last year!