Georgie Spence is famous for her pink colours and always cuts a dash across country. Based in Wiltshire she has represented Great Britain and is one to watch. She wears a pink Helite Original Air jacket and Treehouse xc colours. 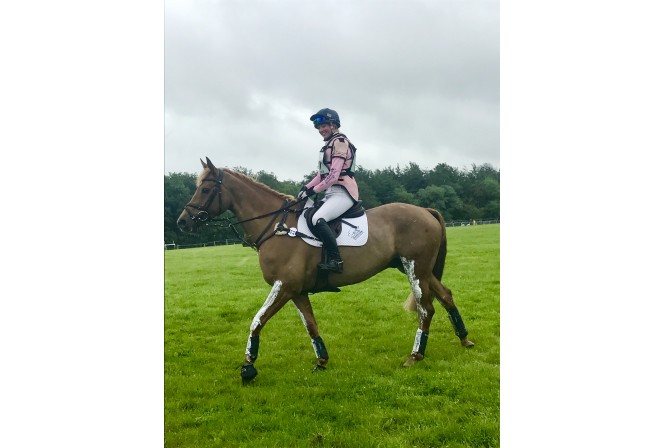 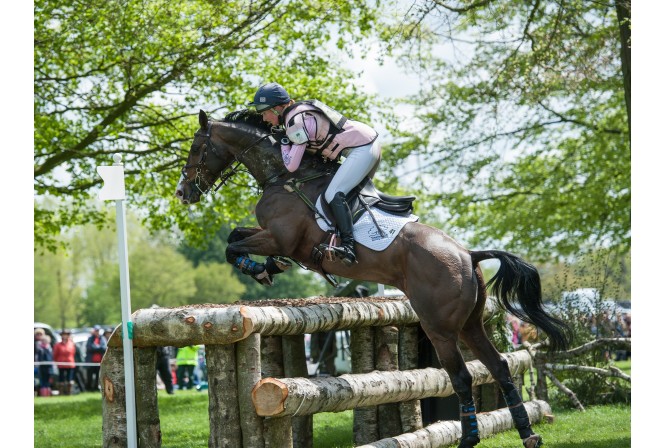 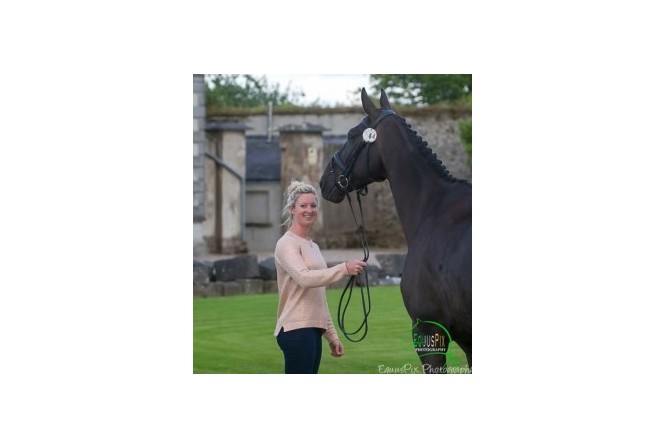 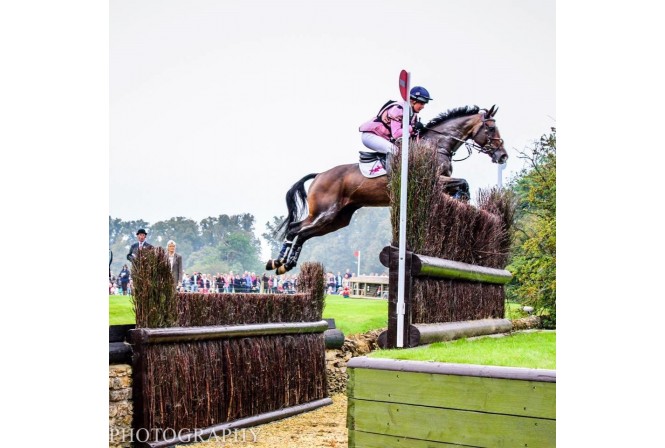 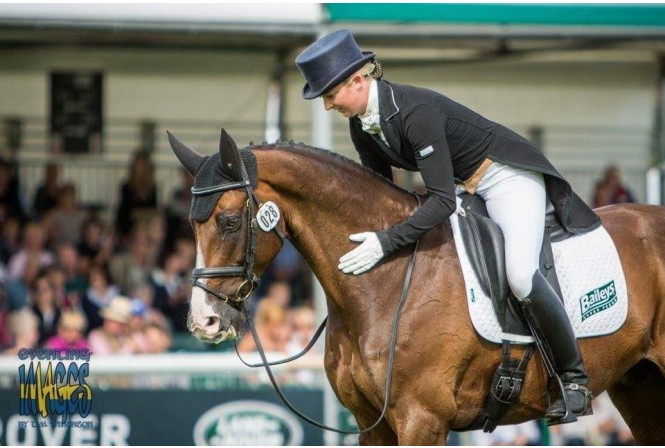 2019 was a great season, we had another 5* competition with Halltown Harley at Badminton. Sadly not quite the top 10 placing we had hoped for but he certainly has all the experience now for 2020.

I was lucky enough to be selected to do to Toyko for the Olympic Test Event. It was everything and more that I hoped it would be, Harley was a complete superstar, travelled over brilliantly and coped really well with the heat.

As it was at 3*S level he was well within his capabilities, but I was delighted with him for producing a PB dressage and an immaculate double clear inside the time. We finished a very creditable (but frustratingly) 4th place, so sadly didn’t quite make it on to the medal podium but it was an unforgettable experience!

Cooley Legaland had a successful trip to Renswoude in Holland with 2nd place in the 3*L along with his stable mate Captain Future finishing 4th in the 3*S.

We also has a lovely clear at Blenhiem with Wii Limbo but sadly he wasn’t 100% for SJ day, but Cooley Legaland stepped up to 4*S in the 8/9yo class with a very classy clear XC!!

2020 brings a couple of changes, Captain Future has gone to a new home for semi retirement and it will be lovely to see him competing at BE100 this year, and a new “old” face, as I take the ride back on Homerus, and I have a couple of exciting young horses alongside the very exciting Uppercourt Cooley who will be aimed at 3 and 4* level!!

As the 2018 season comes to a close, I look back on what a fantastic season it has been, with two main highlights, Halltown Harley winning the CCI*** at Millstreet and winning Team Gold at the Nations Cup at Great Meadows in America.
Wii Limbo has jumped another 2 clear round at Badminton and Burghley and I have high hopes for aiming at team selection next year.
The young horses have also all been great with Top 10 placings at the CCI’s in Millstreet in the CCI* and CCI**
A huge thank you to Helite for your continued support and I look forward to another exciting season working with you in 2019!

The winter training is now in full swing. The advanced horses are feeling well, and the plan is both HALLTOWN HARLEY and WII LIMBO will both be aimed for Badminton.

I have sold a couple of horses and their owners are on the look out for our next superstar.
The young horses are well. I have three new 4yo. They have been out a couple of times to xc school SJ on an arena and are exciting prospects for the 2018 season. I have also set up a new Syndicate called the Future Partnership to try and make owning an event horse more affordable.

Georgie's biggest win to date  - see the video below to watch 'The horse that changed my life',

2017 has been a great year so far. New ride HALLTOWN Harley has been on great form with a 4th at Withington Advanced and a double clear for 12th in the CCI3* at Bramham.
The younger horses have also been going well with COOLEY LEGALAND being placed 9th at Houghton CCI1*
CALVIN has won at Novice level and CAPTAIN FUTURE clear XC in his first CCI2*.
Next I head to Austria for my First Nations Cup team which is very exciting!

The season is now fast approaching!! At last it looks like the winter is finally over.
I've got quite a few 2* and above horses, so will be aiming for Burgham, Belton, Burnham ( all the B's ) and then hoping to also be at Bramham, Blenheim and Burghley all being well!!