Alan works full time for GAIN Horse Feeds so classes himself as a true amateur at his sport ! In the winter he loves hunting and anything to do with national hunt racing. 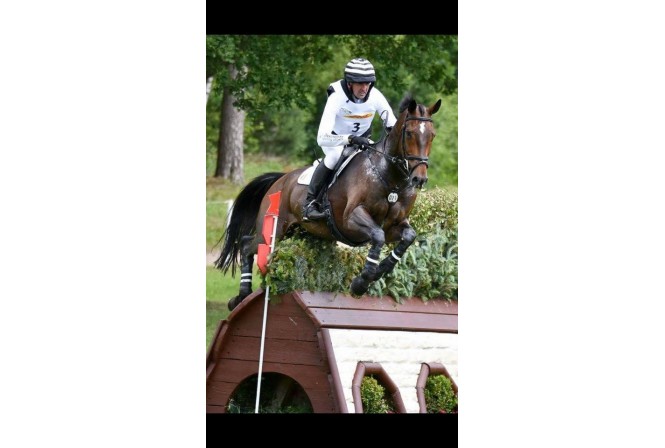 Bronze Flight (precious) at the age of 19 will be entered for his first Badminton, he has now completed 3 Burghley's and 2  Luhmuhlem's.  He will start the season at Tweseldown doing the OI and will then run in the AI at Belton Park before hopefully making the short trip to the golden turf of Badminton Park.

Conan III (arnie) 9 yr old, will also start at Tweseldown with an easy runaround the novice course.  I will aim him at Tattersalls two start at the end of May with the aim of potentially aiming him for Blenheim 8/9yr old CIC*** class.

Garçon de Lux (Reggie) 7 yr old,who had an excellent first season Eventing in 2017 will also start the same as Conan.    He will initially be aimed at Tattersalls one star and we will then see how he is going and plan the rest of the season after that!   He is a big horse standing at 17.3hh so he will need a little tie to mature.

Andrew Rogers my full time groom will also be out Eventing this year riding a horse called Mini Dimond or cooper to his pals.  I've competed cooper up to two star level but he will now help Andrew learn the ropes at the lower levels.

"So Colby (aka Precious) has completed his 4th four star at Luhmuhlan. What a true legend he is and how lucky am I to ride him. He has felt amazing all week and loved every minute of it! Thank you everyone who helps to make this happen. Now on the long journey back to Worcestershire".

Bronze Flight has completed twice at Blenheim International 3* and once at Bramham 3*. They attempted their first 4* at PAU in the autumn of 2014. Alan is aiming to have another crack at 4* level this year with a trip to Luhmuhlen in June.
Alan's second horse Mini Diamond is run at 2* level he is aiming him at a 2* three day later in the year.

Silver Mill runs at BE100 level.